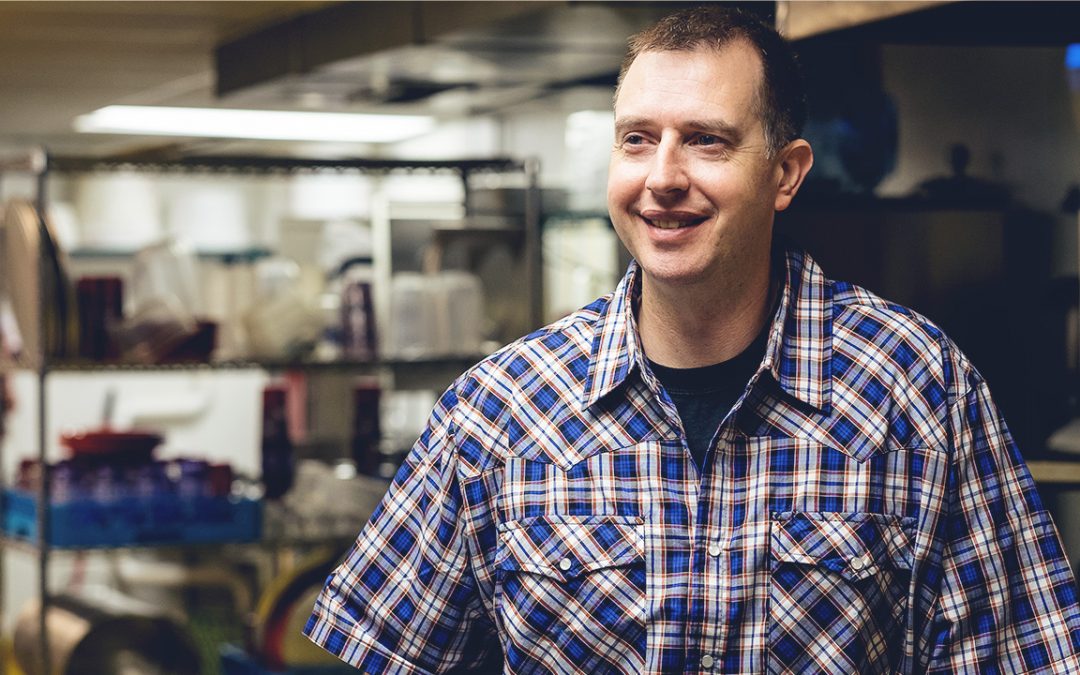 It Can Happen to You

Life can change in an instant, and that life-changing moment may be as simple as sending a text message. That’s what happened to Travis Guthman.

Travis and his wife, Wendy, moved back to where he had grown up when they had the opportunity to buy his grandparents’ farmhouse. They felt it was an ideal place to raise their six kids. They also decided to put their prior experience to work and open up a pizzeria.

It was on a busy day—typical of one so many parents have— that Travis juggled driving and arranging a meet-up for his son. While he had pulled over to read the text, he decided to answer it while driving back home. That’s when, distracted by his phone, he hit a concrete footing on a narrow bridge—a route he had taken hundreds of times before.

The accident landed him in the hospital with a shattered pelvis and other injuries so severe that it has taken him almost two years and countless surgeries just to be able to walk with the help of a leg brace. During this time, he hasn’t been able to work, and admits the family would have lost the pizzeria if it hadn’t been for the disability insurance that his insurance professional Tom Bader helped him put in place. 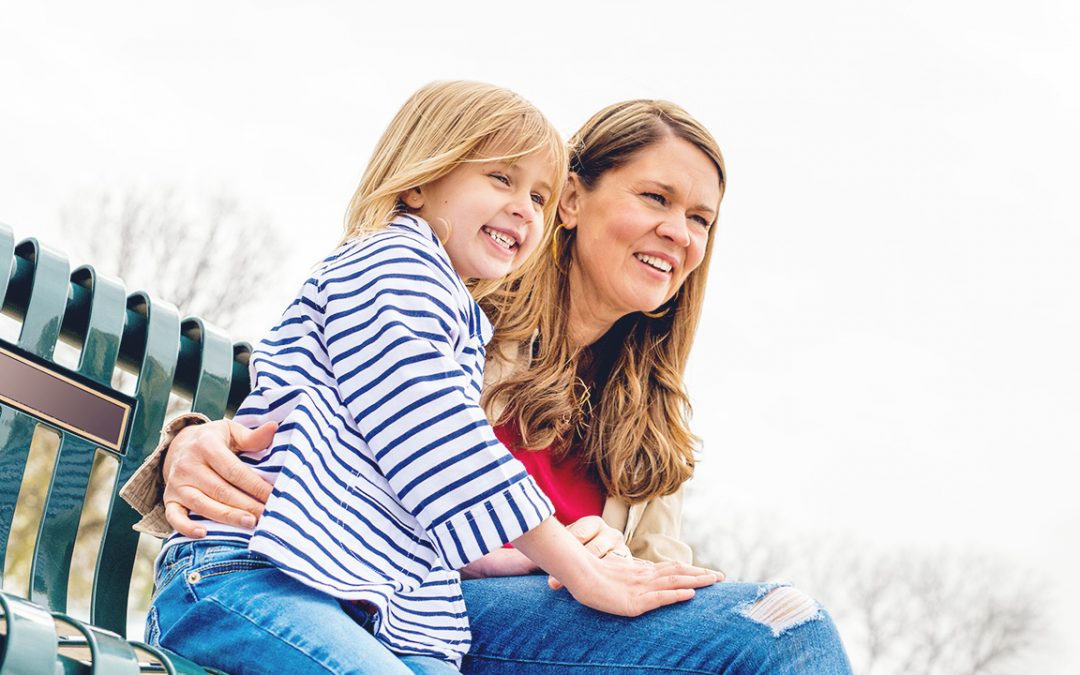 Sam McNeely, an ex-football player, towered over everyone who came in contact with him. But his size belied a soft side—he was quick with a joke and able to befriend anyone with his easygoing ways. That’s what made Amy fall in love with him.

Within a year of getting married, they discovered they were going to be parents. That’s when they met with Sam’s cousin and insurance professional Juli McNeely, CFP, CLU, LUTCF. Amy understood from the beginning that protecting their growing family with life insurance was paramount.

While Sam had some life insurance through work, Amy convinced him to purchase an individual policy, which would give him sufficient coverage and wouldn’t disappear if he changed jobs. Amy got coverage as well. Her reason was straightforward: “I didn’t want to leave him with a child and struggle with work and finding someone to take care of her.”

Several years later, Amy was walking their daughter, Charli, to school when her phone rang. That call was the beginning of a life-altering morning that ended up with Sam in the hospital with an aortic dissection. Shortly after arriving, it would claim his life. He was just 38.

Amy has little recollection of the days and weeks that followed. During that time she relied heavily on Juli, who invested the proceeds of Sam’s life insurance to ensure that Amy would have an ongoing stream of income for years to come. It has allowed Amy to be there for Charli, instead of having to work full time and find people to care for her.

Her advice to other parents is simple: “People think life insurance is super expensive, but it’s not. For the amount of coverage we had, it wasn’t expensive at all—and it was worth everything. It’s made my sisters and friends reconsider their needs. People my age don’t think they’re going to die, but it happens.”

To understand more about life insurance and to see if it’s something you need, start here. 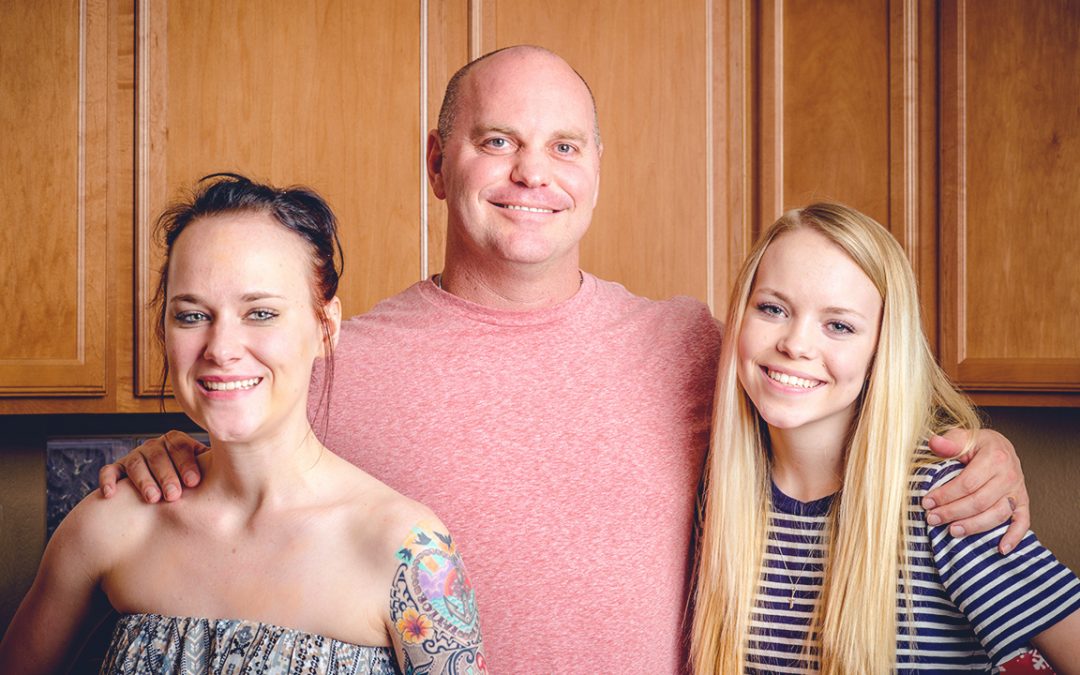 You Need to Be Prepared

Jason and Nicole Sherman had a lot on their plate. As parents of a 2-year-old and with another on the way, this couple—in their early 20s—were also juggling the demands of school, Jason’s sales job and running Nicole’s in-home daycare.

Life insurance wasn’t a topic they had thought much about, but when insurance professional Lars Hansen, LUTCF, suggested a meeting, they sat down with him and listened. Lars did a life insurance needs analysis, and while they did have a little life insurance, it fell far short of what they needed.

They understood how important it was for Jason, the primary breadwinner, to get more life insurance. But Nicole was adamant about getting a policy for herself, too. She wanted to make sure that Jason and the girls would be OK if something happened to her. While money was tight, Nicole said, “We’re going to do this and make it work.” So she incorporated it as just another item in their monthly budget.

A few years later, while driving home, the couple stopped to help at the scene of a traffic accident. Jason, who had EMT training, ran to offer aid. It was when Nicole tried to join Jason that tragedy struck. A driver who hadn’t seen the accident ahead changed lanes and hit Nicole as she was crossing the highway; she was killed instantly.

While he understands that the life insurance will never bring Nicole back, Jason knows that without it they would have been in dire financial circumstances. The life insurance allowed him to take a significant amount of time off from work and be there for the girls as they moved through this tragedy. “People think, it will never happen to me,” says Jason. “But my family is proof that it does. And you need to be prepared with life insurance.”

To understand more about life insurance and to see if it’s something you need, start here. 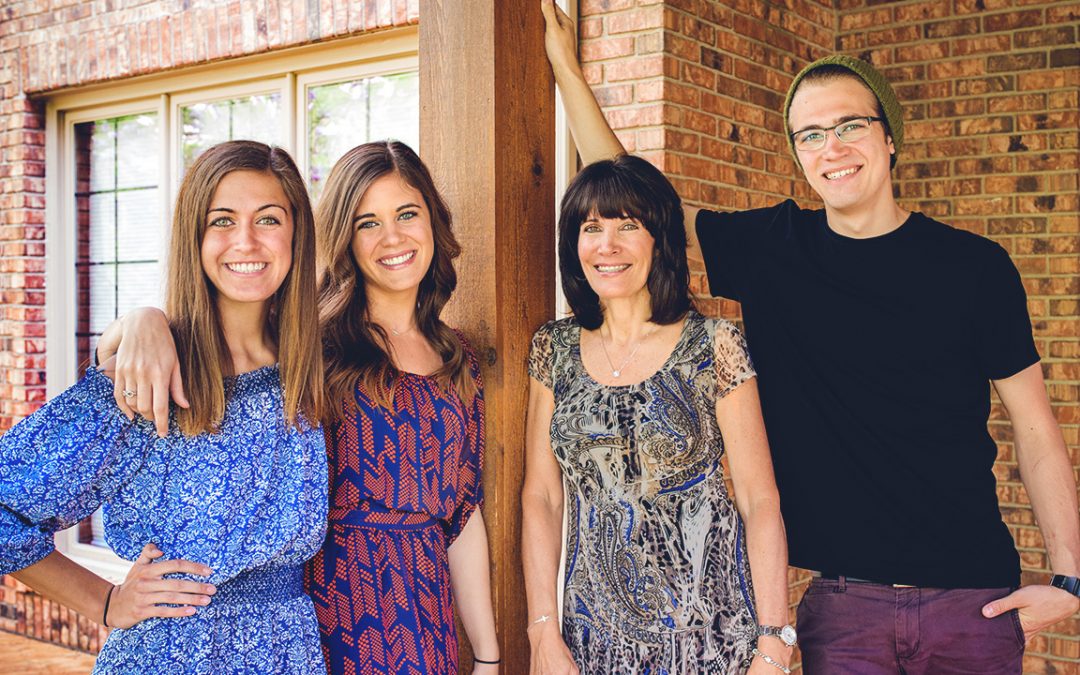 When John and Anne Gongos met, they knew at once they were meant to be together. And so they began creating a life together built on respect, faith and raising their three children.

As their family grew, John’s business, Gongos Research, did as well. It was not only thriving financially, but it was a place where employees loved to work—it was like an extended family. John felt compelled to care for both his families—the one at home and at work.

As a child, John saw firsthand what happened when there was no life insurance. His father died at 43, leaving his mother to raise three children with no financial resources. Later, one of his first bosses died in his early 50s leaving his business affairs in disarray.

As a consequence, John worked closely with insurance professional Craig Wiklund, CLU, ChFC, to ensure that neither his family nor business would suffer if something happened to him. A key piece they put in place was a business succession plan, funded with life insurance. Craig also made sure that John had adequate personal life insurance.

That planning was fortuitous. An acute stomach pain that sent John to the emergency room turned out to be cancer. He died just nine days later at 51.

The grief was overwhelming, says Anne, but one thing she didn’t have to worry about then or into the future was money. She received the death benefit proceeds from John’s personal life insurance policy and money from the sale of the business, which was all laid out in the succession plan. In addition, the business transition went as planned, and the 100-plus employees that John considered family were able to keep their job and help the company thrive under the new owners.

“Because of the planning John and Craig did, my family is taken care of for life and the company is doing great,” says Anne. “Life insurance was truly John’s final gift to us.”

To understand how insurance can protect your family and your business, start here. 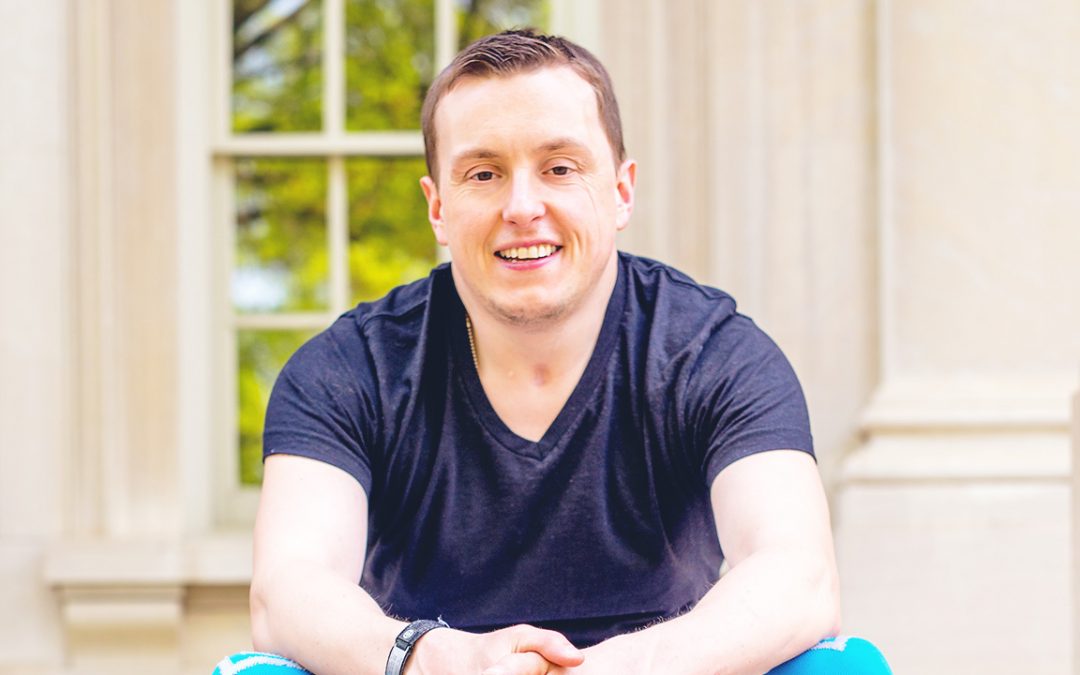 At 26, Michael Sizemore was living two of his dreams. Ever the athlete, he was training to participate in his first marathon. And he was enjoying his new position advocating for the unemployed and disadvantaged in his community through the nonprofit organization where he worked. After years of study and earning his masters degree in public administration, he felt prepared to start his life’s mission of helping others.

Both those dreams came crashing down around him one night while he was out with friends. As they were walking across the street, a drunk driver ran a red light at high speed and hit Michael.

His injuries were so severe, including major head trauma, that doctors were unsure if he would survive. He was placed in an induced coma and his parents rushed to his side. There were countless surgeries to treat his head injuries, repair his shattered legs and address the multitude of other injuries he suffered.

Through strength, determination and a lot of rehabilitation, Michael is improving every day, including being able to walk again. But during the three years it has taken, he has been unable to return to work. Instead, he has relied on the long-term disability insurance he had through work, which replaces a percentage of his salary. With it, he’s been able to pay his rent and utilities, and afford to keep his truck.

While his life will never be as it was before, Michael is hopeful that he’ll be able to work again soon. And he credits his disability insurance with helping him get there. “I’m still rebuilding my life and myself,” he says. “My disability insurance has been key. I wouldn’t be where I am without it.”