People are living longer and healthier lives, with retirement looking less like a slowdown than a new chapter in life. A change in how retirement looks and how long it lasts also means exploring how you can make your savings and income from varied sources last as long as you do. That’s where annuities come in. They can help you create a guaranteed income stream you won’t outlive.

If you feel you don’t really understand annuities, you’re not alone. In fact, 62% of people say a reason for not owning one is simply because they don’t understand them.² If this is you, these Q&As can help you get a handle on the basics, before you reach out to discuss the topic with an insurance or financial professional.

How can an annuity help me?

Retirement should be carefree — but as it approaches, many people find the thought of maintaining and possibly running out of money over time stressful. Enter annuities. These financial instruments provide you with a guaranteed income stream, either for a fixed length of time or for the rest of your life, depending on the annuity you choose.

Learn more about how annuities can help you in retirement →

Do I need an annuity?

The right answer depends on many factors. In general, annuities are designed for those who foresee a gap in their retirement income. Annuities can address these gaps with guaranteed income.

An annuity may be right for you if:

1
You’re looking for peace of mind in retirement.

If you want to know for certain that you won’t run out of money in retirement, annuities can help. They provide similar predictability and guarantees as Social Security (a type of government annuity) with more options.

2
You’re starting to plan for retirement.

If you’re currently developing a strategy for how and when you’ll retire, now’s the time to think about annuities. This generally applies to people age 50 and above, although today annuities are capturing the attention of those who are younger, too.

Other reasons to look at annuities:

What kind of annuity is right for me?

There are different types of annuities that can provide the guaranteed income you need, when you need it. Choosing the right type typically depends on your financial situation, when you need payments to start and your risk tolerance.

Fixed vs. variable. A fixed annuity delivers a fixed rate of return (the percentage growth each year), while a variable annuity lets you invest your annuity funds for a possibly higher—or lower—rate of return.

Immediate vs. deferred annuities. A single premium immediate annuity (known as a SPIA) can start to pay income right away, while a deferred annuity allows you to guarantee your income stream at a specific time in the future.

What are the benefits of annuities?

Guaranteed income for life. No other financial instrument can promise this.

Tax advantages. Annuities can offer you tax-advantaged growth as well as favorable taxation when your payments begin.

Continued payments to a surviving spouse and additional loved ones with joint and survivorship options.

Freedom from probate (a court-supervised proceeding). The proceeds from your annuity can go directly to family beneficiaries without having to set up a trust.

Versatility. Based on your goals, some annuities can be liquidated or exchanged for other products.

Learn more about these benefits →

What if I buy an annuity and my needs change?

Annuities offer options that allow you to customize them to your long-term goals and maximize their value. However, life is full of curve balls.

Contract flexibility. Annuity features and other options—often known as riders—allow you to change the terms of the annuity, access (liquidate) a portion of the cash value, or annuitize it early in certain circumstances. Deferred annuities in particular can often allow access to cash value during the accumulation phase.

It’s still your call. Even without a rider, you may be able to change the terms of your annuity contract, sell or liquidate it. However, there may be fees involved. For instance, there are typically fees called surrender charges for liquidating an annuity before age 59-1/2.

Speak with an insurance or financial professional to find out more about your options and if an annuity is right for you.

How much do annuities cost and are there fees involved?

It’s good to understand that an annuity transfers the risk of you outliving your assets to an insurance company. In turn, they guarantee a stable income for a specific length of time, or for as long as you live. Depending on the type of annuity you purchase, there may be fees involved in providing this guarantee.

How costs are calculated: An insurance company prices its guarantee based upon your life expectancy at the time of application, and the payout period you desire. Generally, the more risk you transfer to the insurance company, the higher the fees.

What are some other important considerations?

These days, annuities have many options, which requires planning and a long-term commitment to make the most of the benefits. A licensed insurance professional can help you understand all the factors to take into consideration. Here are a few points to keep in mind:

Limited access to funds. There may be limitations on your access to the cash value of the annuity. Fees and penalties may apply for early annuitization, or liquidation.

Taxation. The taxable portion of an annuity payment is generally taxed as income, not capital gains.

Inflation. Ask your agent or advisor about options many annuities offer to ensure your payments keep pace with rising costs.

A time-tested, regulated financial tool. Annuities are one of the oldest financial tools in the world. Their use dates to Roman times, and they’ve been sold in the U.S. since the early 1800s. Today, annuities are regulated by states and can only be issued by life insurance companies. Due to their market exposure, variable annuities specifically are also regulated by the Securities and Exchange Commission and by FINRA, the financial industry regulatory authority.

Check financial strength ratings. Annuities are not FDIC-insured. That means guarantees are based on the claims-paying ability of the company. Consumers can check the financial strength of a life insurance and annuity company with ratings agencies such as Standard and Poor’s (S&P), AM Best, Fitch, Moody’s and Weiss. Comdex also ranks companies by averaging all the major life insurance ratings to develop a composite score.

Additional industry safety nets. In addition to state regulatory oversight, every state has a nonprofit guaranty association funded by annuity companies as a financial backstop. As a result of these industry safeguards, annuity holder losses have historically been very low, even if an annuity company defaults.

What happens to my annuity when I pass away?

One of the best things about an annuity is that you never have to lose what you put into it.

Continuing payments. Payments cease upon death, but most annuities have options to continue payments to the surviving spouse or another loved one.

Distributions. If your annuity has remaining cash value, it can be distributed to your beneficiaries—the people you specify to receive your assets when you pass away. Beneficiaries receive payment via a lump sum or installments. Distribution terms are private with no need for probate (a court proceeding) if beneficiaries are family members. This makes annuities a useful tool for transferring wealth to heirs.

Where can I buy an annuity?

Annuities are income-guarantee contracts offered by life insurance companies that are customized just for you. Many annuity applications can be submitted electronically, but a consultation with an insurance professional or advisor is required to help you determine which features are right for you, including:

Your insurance professional will explain your options, help you understand long-term financial impacts, and guide you to a solution that maximizes your guaranteed income and supports your overall financial goals within your budget.

If you don’t have an agent or advisor, you look for one in your area with the Agent Locator. 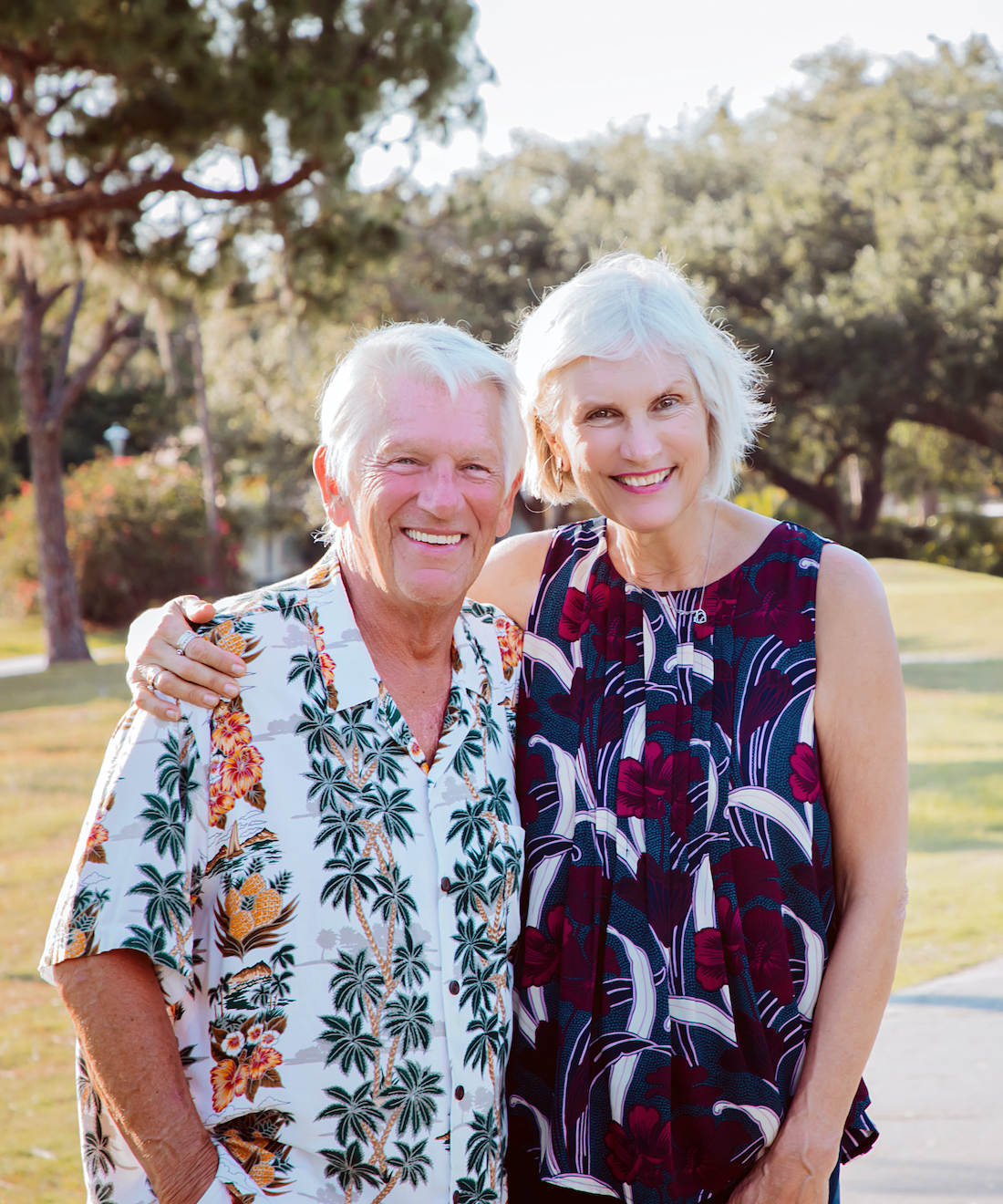 Thanks to the strategies that Linda Billings put in place for her retirement, with the help of her insurance professional, she doesn’t have to work. As part of the planning they did, Linda purchased several annuities, which now cover 100% of her current and anticipated monthly expenses.

“I don’t worry when I get into bed. I don’t fret about my financial situation anymore,” says Linda. “How many people headed for retirement are able to say that?”