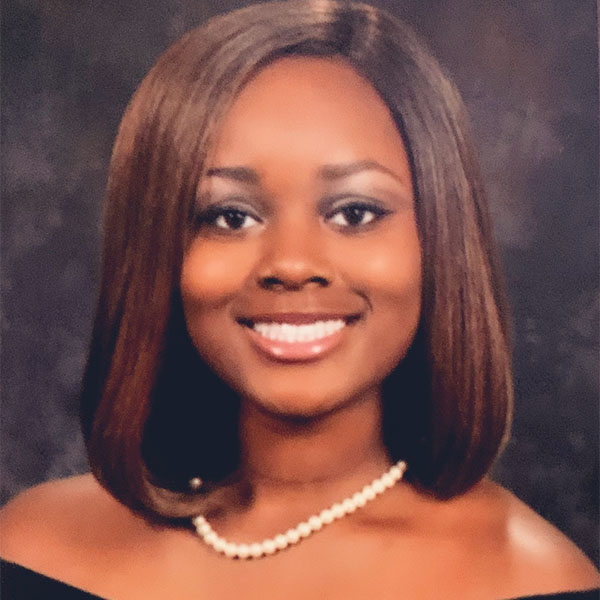 I was broken. I was alone. I was afraid.

As my aunt and I walked through Kohl’s on the chilly winter day, she started to get a phone call, so we decided to head out to the car. She told me to go to the car while she took the call, but I knew something wasn’t right because of the way she said it. Before she made it back to the car, I could hear her crying out “Nooooo” and as she walked towards me I could see the tears run down her face. She hugged me so tight and told me, “Z, I’m so sorry to tell you this but your mom has passed away”. I dropped to my knees and cried so hard like never before in my life. The day was December 24, 2015, and the cause of death was aspiration pneumonia. She was 36; I was 13.

While growing in the inner city of Philadelphia with a single mother, I had a dream of attending college, but I never counted on the dream coming true due to my circumstances. I knew that the only way I could go to college would be to receive tons of scholarships, therefore I always motivated myself to perform well in school.

Although my mother had a small life insurance policy, that was not nearly enough to cover her hospital bills, funeral expenses, and other bills. We had to rely on family members, friends, and co-workers to cover the majority of the expenses. Not only did we suffer tremendously financially, but also emotionally. My younger brother and I were separated and we were taken into the care of different aunts, while my older brother was incarcerated at the age of 17. It was until being separated that I could consider college, due to being in a positive environment that allowed me to thrive in school. If mother had adequate life insurance, it would have been less of a burden on us as far as covering for her hospital and funeral expenses and there could have been a chance of me attending college without having to worry as much.

After being adopted and moving to Georgia, I was able to graduate high school with a 4.0 GPA. Although I received scholarships and financial aid, I still had to work long hours at different jobs to cover the rest of my tuition and other expenses. By being a first-generation student, I take pride in reaching my dream by pursuing a degree in Biology/Pre-Med at Georgia Southern University. By choosing this career, I hope to be able to go to medical school and become a doctor to help better the lives of people. With the help of this scholarship, I will have a weight taken off of my shoulders and I would be able to make my mother proud.

Life waits for no one. Tomorrow is never guaranteed. My mother is the reason why I keep going. Through perseverance, anything is possible.