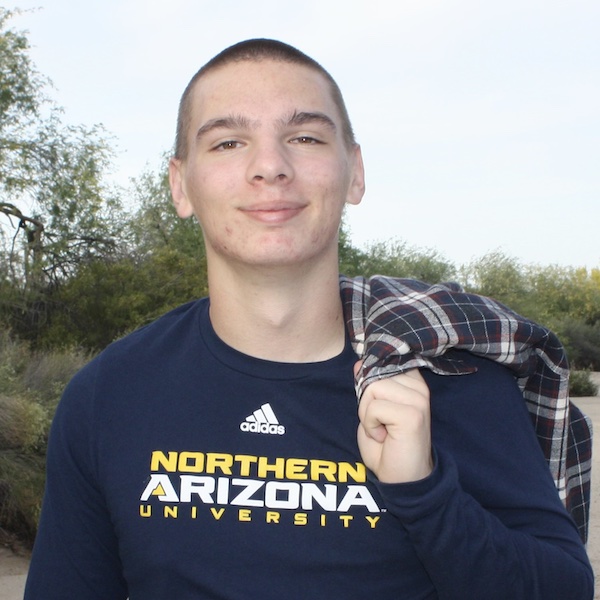 AMOUNT: $20,000
SCHOOL: Northern Arizona University
On Easter morning, April 24, 2011, I woke up to screams. When most seven year old children were searching for their Easter baskets, I was watching my dad perform CPR on my unresponsive mother. She went into cardiac arrest in her sleep, and she was pronounced dead in the ambulance. Because of how long ago it was, it is often strange to remember how I felt. I was so young that I didn’t quite understand the uphill battle we were sure to face. I didn’t know it at the time, but any concept of a pure childhood was lost forever.

Before my mother passed away, she was in the process of obtaining a professional license to become a dental assistant. Being so young I didn’t quite understand the concept of a budget. We were already poor, and we would only become poorer from this point on. If my mother was able to achieve her goal of becoming a dental assistant, my father wouldn’t have had to work so much. Living on a single income is difficult, especially in a state like California. Without my mother’s death I feel confident that my family would have created a college fund. As of today, the only money I have for college comes from the scholarships I have earned. I have maintained a 4.07 GPA, and I refuse to let my situation dictate my life. I have sought athletics as a way to obtain scholarship funding, and any wages I earned would promptly be given to my father.

Over the next six years of my life, my father and I would end up far worse than we imagined. When you’re that young you feel so helpless. It’s daunting, it’s cruel, and I don’t wish it on my worst enemy. In all honesty, I didn’t know what life insurance was until ten years after my mom’s death. You can never put a dollar amount on someone’s life, but you can definitely feel how much you need their financial contributions when they are gone. We soon found ourselves living in a motel. From age 12-13 I lived in the same 120 square foot motel room. While there I witnessed countless drug deals, a neighbor commit suicide, and dealt with far too many drunks. I never choose to pity myself, but I will not invalidate the fact that my childhood was taken from me. In 2017 my father and I were forced to search for cheaper living in Arizona. Every friend I ever knew was now gone, I have missed holiday gatherings, and many birthdays. Any form of life insurance surely would have slowed the downhill spiral we got caught in.

My life goal was to make my dad’s life easier. Given the circumstances, he has done an exceptional job. Obtaining a degree will allow me to pursue a life that I want, not a life that was bestowed upon me. I don’t dream of riches, or jewels; I simply want a fresh start at life.