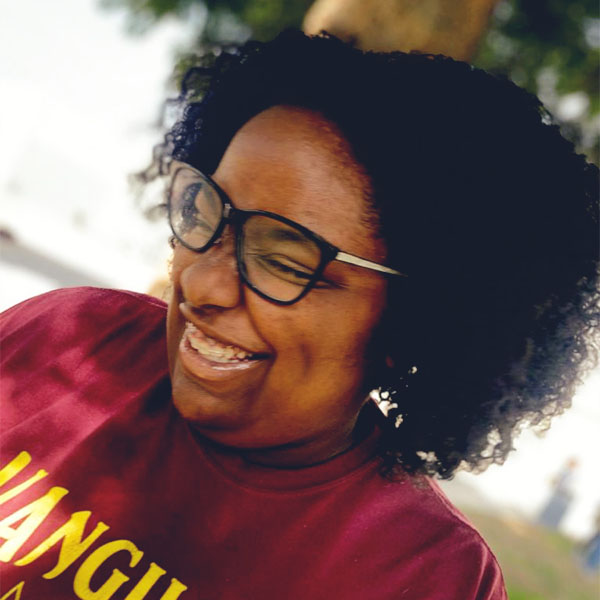 Blessed are those who mourn, for they shall be comforted. Matthew 5:4. On August 12, 2009, my father died from complications after suffering a hemorrhagic stroke. I was only five years old at the time. I remember the day so vividly. From the fruity pebbles I reluctantly ate that morning to the Luther Vandross song that played on the radio on the melancholic drive home from the hospice and even the sound of the heart monitor flatlining. For those miniature first five years of my life, I always thought my dad was this strong, smart, and invincible superhero who could overcome anything. Unfortunately, I was wrong.

My father had no insurance, and my mother stopped working when she got pregnant with me, so my family was in deep debt and relied on others’ good graces to even cremate my dad after his funeral services. We suffered from food insecurities, emotional trauma and even almost went homeless several times after he died. Despite being so young, I took his death especially hard. Although I was genetically predisposed to these mental health conditions, I began suffering from extreme depression, anxiety, and post-traumatic stress disorder from watching my dad die.

It has been almost 12 years since my dad died, and my family and I still seem to suffer from the repercussions of it mentally and financially. I always manage my depression, anxiety, and post-traumatic stress disorder reasonably well. Despite remarrying and finding a job, my mother still struggles to make ends meet and pay for my brother’s college expenses. When it comes to me, she will, unfortunately, also have the same struggle. As the time for me to go off to college draws to a close, I can’t help but wonder where the money will come from. I have tried looking for jobs, but most places won’t hire a 17-year-old.

If my father had any type of insurance, maybe these problems could’ve been avoided. I guess I will never know. Possibly my family wouldn’t struggle so much financially. Maybe my brother would be able to afford college. Perhaps I wouldn’t battle with my mental health issues. Everything has been different since that August day in 2009. I love and miss my father dearly. I feel as though my life has flipped upside down, but I live for my dad. I believe that’s what he would’ve wanted me to do. I want to follow my dreams, just as I hope he would like me to do. I am planning on going to Santa Monica College to pursue Theater. After graduating with my A.A. degree, I plan on transferring to Howard to achieve my goal of getting a B.F.A in acting.

This experience has taught me not to take my loved ones for granted and is shaping me to be an open-minded young adult. I hope to become an easy-going, accepting, and nonpartisan person that anyone can talk about their problems with, just like my dad.