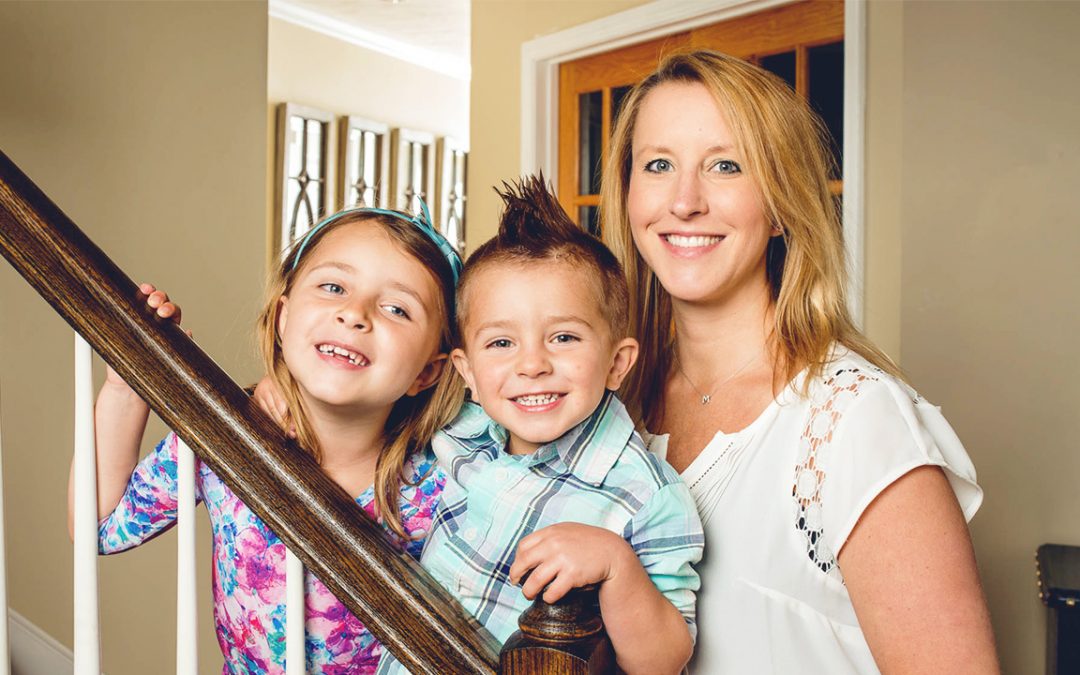 Everything Will Be Okay

Michael, 32, was a fit and healthy family man. As he left to run a 10K race, he kissed his wife, Traci, good-bye along with newborn Calvin and “big” sister Josie. He never made it home.

As he crossed the finish line, Michael collapsed and died. The Kovacic family would never be the same.

Thankfully, they had life insurance. Even though the young couple had been living paycheck to paycheck, their insurance professional had convinced them to buy an affordable policy.

Traci says the hardest part for her was knowing that the love of her life was never coming home. “But the reality is that everything else stayed the same,” she says. “The paychecks stopped immediately, but I still had to keep the lights on, buy food, pay the mortgage and take care of the kids. Having life insurance meant I didn’t have to make any immediate decisions or sell the house.”

“The life insurance saved us—and it still does today,” she says. 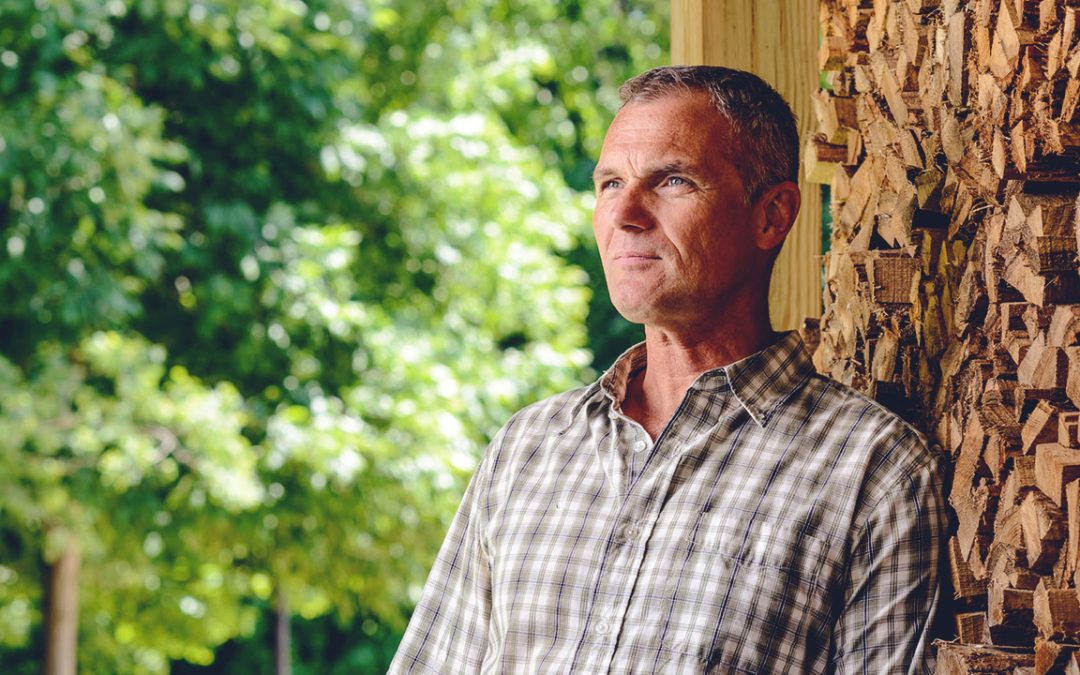 Jenny was single and in her 20s, but that didn’t mean she wasn’t thinking about the future. In fact, she knew she wanted to have a family one day and that saving for retirement—even this early on—was a priority.

That’s why after meeting with insurance professional Jim Silbernagel, she decided to buy a permanent life insurance policy. She knew it would help her with both goals: provide the life insurance coverage she sought and the ability to accumulate cash value to help with saving for retirement.

Jenny’s dream of having a family did come true. She met Jim on a blind date, and once married, they welcomed a son, Michael, and then several years later twins, Samuel and Nathaniel. As often happens with growing families, finances got stretched tight, and Jim suggested they cancel Jenny’s policy to save money. Jenny was adamant that they keep it. Instead, they used some of the accumulated cash value to pay the premium and keep the policy in force.* That decision would be life changing for her family.

The Chich family was looking forward to welcoming their fourth child—a girl, but tragically Jenny died while giving birth. The shock to her family was overwhelming. While life insurance could never replace their vibrant wife and mother, Jim says that Jenny’s policy helped the family in the aftermath of her death. He was able to take a yearlong leave of absence from his job to care for newborn Emma and the boys, who were all younger than 6. “I was able to focus on my kids and not worry about how I was going to buy a gallon of milk,” says Jim.

And his advice to other families is simple: “Be prepared. You may look at the cost of premiums as scary, but if you work it into your budget you don’t even realize the money is going out. Just make sure your life insurance is taken care of.”

Jamey and Robyn Koonsman met in college and realized they shared a love of the land and the animals that populated the ranches they grew up around. Once married, they shared their passion with their daughters, Hope and Jordyn. The family spent their free time attending stock shows and rodeos. Hope loved nothing more than showing steers and truly owned the ring when she was in it, and Jordyn took a shine to rodeo riding.

While it’s nothing a family should ever have to suffer, Hope died unexpectedly when she was just 19, the result of a birth defect the family thought was long in the past. It proved fortunate that the couple had done life insurance planning early on with their insurance professional Paul Miller. Not only had they bought a combination of permanent and term life insurance for themselves, they had purchased permanent life insurance for both girls. Their plan was to gift the policies to the girls once grown. Instead, they used Hope’s policy to pay medical bills and to start a foundation in her honor.

Layered on this tragedy was Robyn’s ongoing fight with breast cancer. She had been battling the disease over the course of eight years. Then, less than two years after Hope died, Robyn lost that battle at age 37. In the wake of her death, life insurance did what it was meant to: pay for medical bills and final expenses, and allow Jamey and Jordyn to continue living in their home without financial concerns. Jordyn has also been able to pursue her rodeo riding, which has sustained her through these tragedies.

Jamey says that when they originally got life insurance in their 20s, they never expected to use it. So his message to others is simple: “You’re never too young to get life insurance, because you never know what will happen. Make sure you take care of your family, so if something does happen, they won’t struggle.” 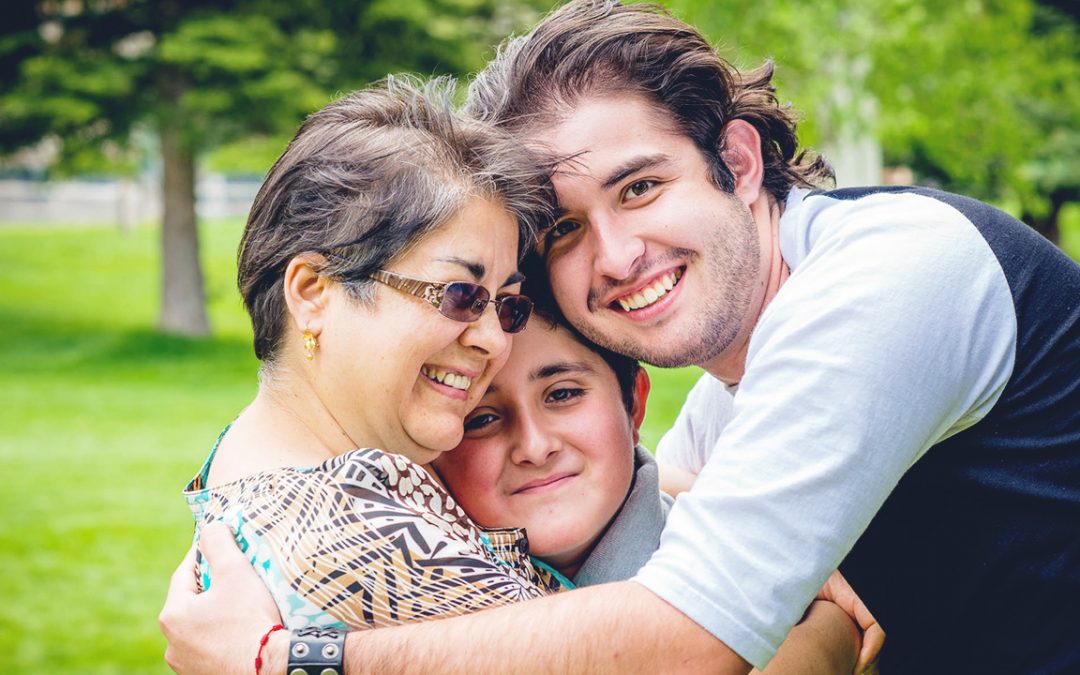 Roberto Loera would do anything for his family. That included leaving his homeland of Mexico and living and working in Colorado so he could provide a better life for his wife, Maria, and two boys, Roberto Jr. and Abel. He spent years working in the ski resorts during high season, and traveling back to Mexico to be with his family during the downtime.

Finally, he got word that his family’s visas had been approved. Roberto shared that joy with his insurance professional, Leila Martinez. She knew how long and hard he had worked for this opportunity, and asked if he had thought about life insurance to protect this family’s financial future. Roberto was quick to understand how important this coverage was, given that Maria would not be working. He was able to put a policy in place for less than $20 a month.

Less than a year after the family was reunited, Roberto learned that the terrible headaches he was having were the result of a brain tumor. While doctors weren’t able to remove it completely, Roberto was able to return to work. However, just nine months later, he learned the tumor had reappeared and spread, and neither surgery nor treatment was effective. The doctors gave him only months to live.

One of the proudest days of his life was when he received his citizenship, and it was just two weeks later that Roberto died at age 47. The community that loved him gave the family the emotional support they needed. And Roberto’s life insurance policy gave them the financial support they also needed. It allowed Maria time to grieve and to give Roberto the funeral he deserved. It also paid medical bills and provided for day-to-day expenses while Maria looked for work. She also set money aside for Roberto Jr. and Abel’s college dreams. “Roberto’s life insurance was such a blessing,” says Maria. “It’s something every family should have.” 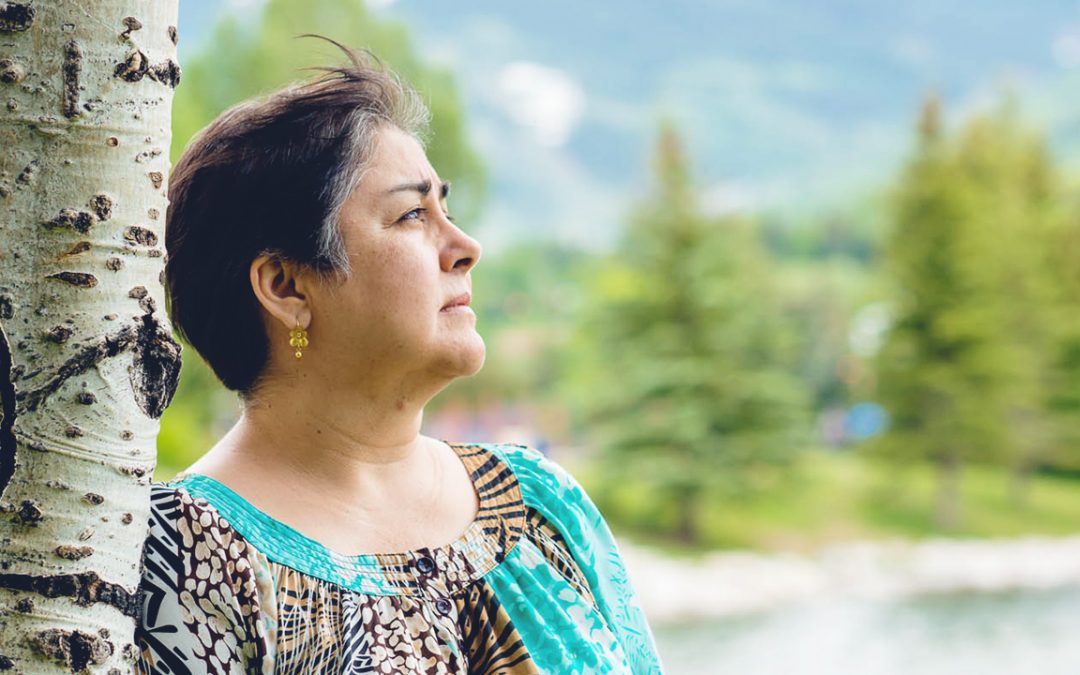