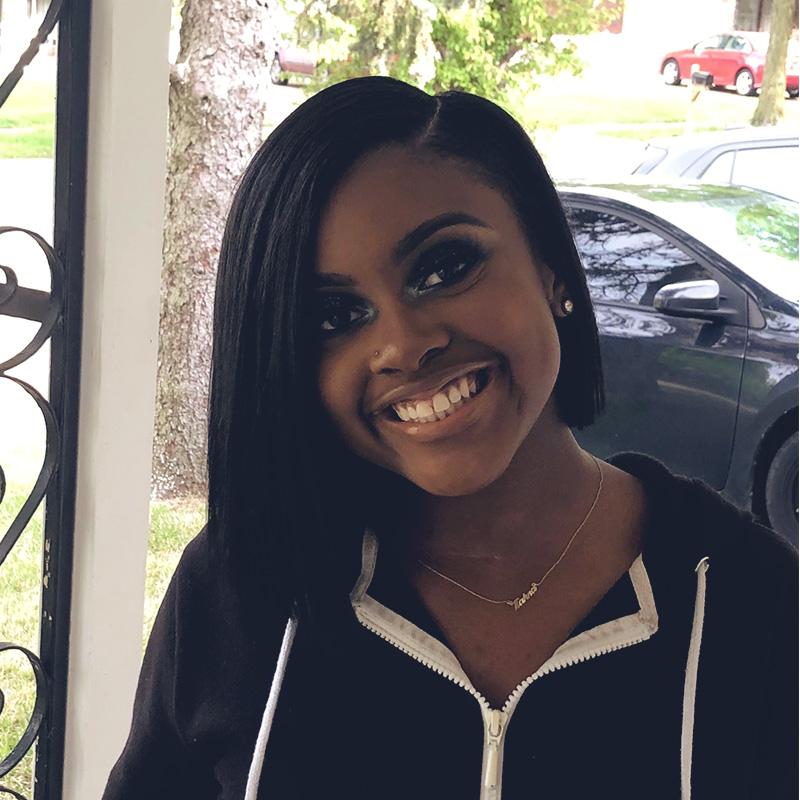 Five years ago, seventh grade year my whole life changed. On a Sunday, November 10, 2013 my father died. Earlier that Sunday, my mom, dad, sister, and I went to church services at 11am. I remembered sitting in the pew at church right next to my father and the preacher asked were there any veterans in the room. I looked at my father and said “Daddy stand up, remember you said you were in the army ?” He jokingly said,“I don’t want anyone to know my business.” When we got home, my mother and sister went over to my great uncle’s house, so that left my father and I. We both took a nap and woke up around 4 in the evening. When he got up, he went into the kitchen to start Sunday dinner. I was in the bathroom and while I was in there, something in my mind told me to check on my father. As I walked into the kitchen, I seen my father laid on his back with his eyes open. I thought he was joking because we played a lot. As I got closer to him I said “Daddy, daddy, daddy,” and waved my hand across his face. He gave no response, I then started to panic. After I called 911, I tried calling my mom and sister but there was no answer. I called my other family members but no one answered. At that point in time, I didn’t know what to do.

My mother called back shortly and I told her what happened. Never in 12 years of living did I hear my mother cry. They walked around the house before asking me where was my father. Minutes later, my family showed up asking what happened but all I could do was cry. At the hospital, we all sat in the waiting room praying that he was okay. An hour later, the nurse walked in to talk to us. I just knew she was going to tell us bad news by the way she looked. Then the nurse said that my father had suffered from a heart attack.

My father had life insurance but not a lot because of his high risk diagnosis. In which I never knew until his death. It was just enough money to cover a nice formal funeral for our huge family. Following his death, my mom had now to take on bills; mortgage, utilities, and insurance all alone. My mother didn’t make a lot of money but she always made it work. My dad had 14 other brothers and sisters who also stepped up and help keep the bills paid. This experience shaped me into wanting to become a nurse, that way I could help save lives and also to keep me financially stable in the case that family emergencies happen. I know my mom would not be able to provide enough money to help me pay for college and this is why I’m applying for this scholarship.