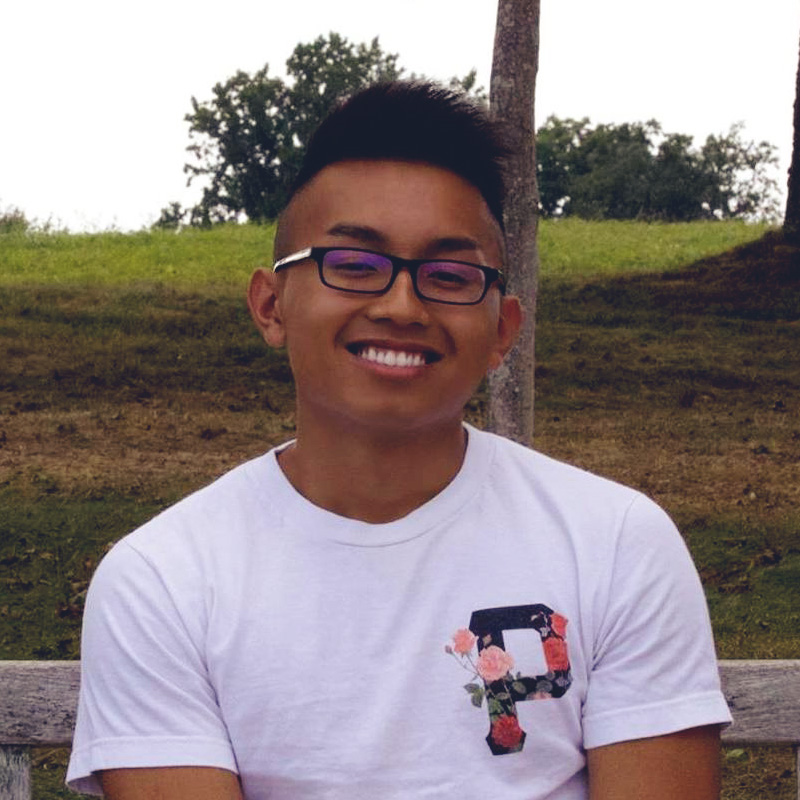 AMOUNT: $5,000
SCHOOL: Northeastern University
At first glance, life looked simple. It was as if it was this straightforward road to success, happiness, and everlasting opportunity. On this smooth road, there were no signs of obstacles stopping someone from reaching their destination. There were no bumps, potholes, or cracks. It appeared as if nothing could ever go wrong as long as one kept moving forward. In all, life seemed like a tangible concept that promised a happy ending. At least this is what my pure, naive, and youthful mind chose to believe eleven years ago.

In 2007, my father lost his battle against lung cancer. As a seven-year-old, I was overwhelmed by what was happening before my own eyes. I remember it all vividly, as if it had just happened yesterday. Constantly, I’d find myself anxiously hoping for the day that my dad would be healthy again. Then I’d be able to spend the rest of my childhood happy and joyful like any other kid at the time; however, this day never came.

I felt strangled with all sorts of emotions: fear, anxiety, and despair. “He’ll be okay,” my mom promised. These words sounded promising in the beginning; however, the hope and confidence laced with these words began to deteriorate as time passed. I saw drastic and terrifying changes occur, changes that made me live in a state of absolute heartache. I missed the hopeful days where my dad still had the ability to talk, walk, smile, and feel. All I could do was cling to his pale and lifeless hands like a needy child. Although he didn’t say a word, I knew he wanted my family to continue persevering.

As a result of his death, my mother had to rely on SSI benefits and her full-time job as a cashier to raise three kids by herself. Despite such hard work, it still wasn’t enough as there were many existing financial burdens: medical and funeral expenses, mortgage fees, and my older sister’s college education. Although I was accepted into my dream college (Northeastern University), my mother and I fear not being able afford such an opportunity.

My family had already been trekking in financial turmoil prior as my father suffered from gambling, smoking, and drinking addictions. Without any significant life insurance covering his loss, our financial situation worsened dramatically. As such, I had to assume large responsibilities by becoming the father figure for my younger brother, Daniel, who is diagnosed with Down Syndrome as my mother cannot provide enough attention and care alone. I resented the idea of becoming a financial burden for my mom and so, I decided to work in family restaurants starting at the age of 11. Currently, I work almost thirty-two hours a week as a cashier like my mother while being a top 6% honor student. Despite these challenges, I have learned how to better help others-my family and my community- and even though these problems are not easily solved I grew to value the importance of working hard in order to be a part of the change.

I realize that if my father had had life insurance, our family would not have faced such overbearing financial hardships and emotional trauma just to make ends meet. My fear of not being able to access the doors of higher education would be nonexistent. My brother with Down Syndrome would have been able to advance socially and academically had we been able to afford resources such as speech therapy, IFSP, counseling, and so on. Despite such hopeful wishes, my family must face harsh reality. When facing hardship all one can do is, “soften the present evil by the hope of a future good” (Alexander Hamilton). Ultimately, my family now acknowledges the importance of life insurance as it is an invaluable resource for potential devastating events; my mother has since then obtained life insurance. I, too, will swear to advocate for future generations the importance of life insurance so that they may never have to experience what my family did.