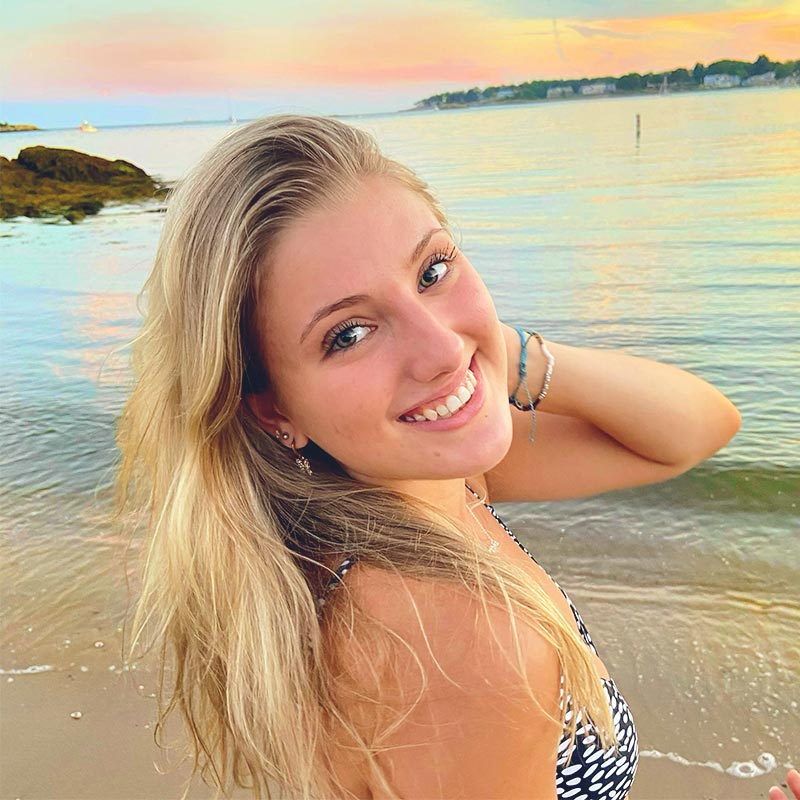 AMOUNT: $5,000
SCHOOL: University of Connecticut
When I was 14 years old, and exactly 14 days before the start of my freshman year in high school, my dad committed suicide. I was shocked because it wasn’t something I ever suspected he would do. It was a very difficult time for me, but I got on the school bus that first day of high school, while still trying to understand why my father killed himself just two weeks earlier. He had called me to say goodbye that day but my phone battery had died, so instead of being able to talk to him, I found his goodbye message in my voicemail the next day. It broke my heart. I worked through the pain by placing all my energy into my schoolwork and cheerleading team, focusing on how I could find success and happiness by excelling as both a student and athlete. I’m now a National Honor Society member, a World Language Honor Society Member, Yearbook Editor, All-State Cheerleader and All-SCC Cheerleader.

I have always wanted a college education, but now that my father is gone, I know that the cost to put me through college rests solely on my mother. He did not have money saved and had no life insurance so after he died, I knew that I needed to do my own part. I worked at getting perfect grades in school, but that first year was so hard for me. As I gradually healed, my GPA climbed to 3.77, but it would be higher had this horrible tragedy not happened, and because of that I don’t qualify for the top amount in merit awards from the colleges I applied to. This has caused me to seek out scholarships. Tuition and fees are significant, but I won’t let that stop me, because I want a college education and I want to be successful. I have a part time job to pay for my own expenses, plus I help my mother with her business so she doesn’t have to hire someone.

If only my father had known about the importance of life insurance and how easy it is to get it, because then he could have properly planned to take care of me and my future if anything ever happened to him. No one could have foreseen that he would die this way, but life has so many twisted avenues to travel, and that’s where his path led. The point of life insurance is to get it while you are still healthy, so when tragedy strikes, your family is covered. Many people are under the false impression that life insurance does not pay if the death is caused by suicide, but my understanding is it depends on factors such as whether the death happens during or after the contestable period and if there is a suicide clause. Regardless of how someone dies, life insurance is so important to have because your death will be both emotionally and financially devastating to those you leave behind.