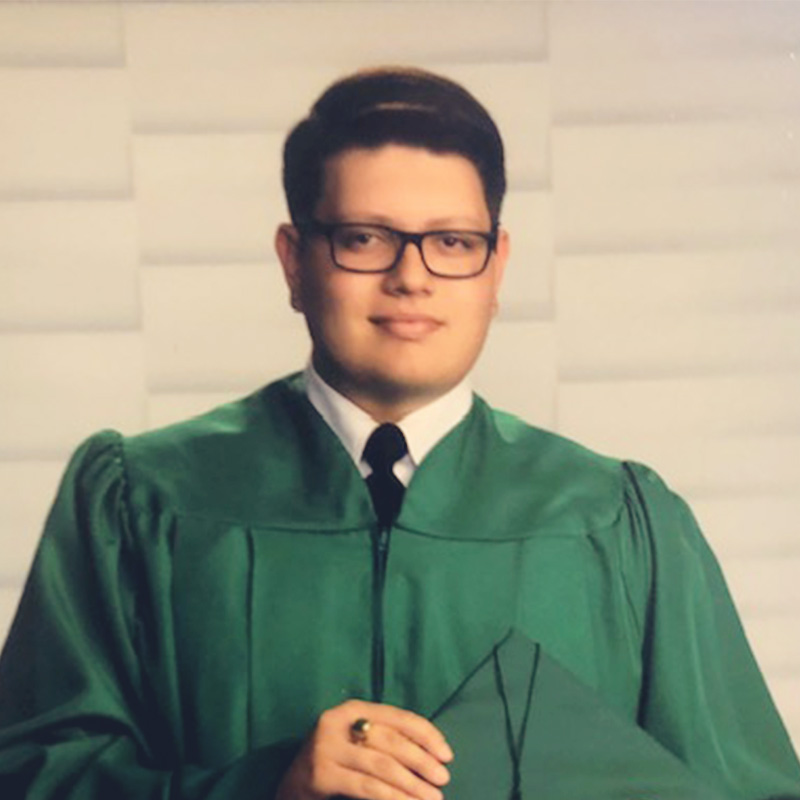 AMOUNT: $15,000
SCHOOL: Woodbury University, Burbank
From the moment I was born my mother had my future spelt out for me, until the tragic day in 2008 when she passed away. I was a second grade boy who was waiting in the school yard with my lunch box in hand, awaiting to be picked up from school by my Mom. Unfortunately, she never showed up. When my Dad picked me up late, I knew something was wrong. My mom was 28 years old and suffered a heart attack in her sleep, while taking a nap before picking me up. I’ll never forget that day December 3, 2008, as it’s engrained in my mind and holds so much heartache and pain.

My parents had me very young at the mere age of 19 years old. As soon as I was conceived, my mom knew she had to make a better future for not only her, but for her baby. She did her best enrolling in college, later to receive her Bachelor’s in Telecommunications and became a financial analyst who eventually was highly affected by the financial crisis in 2007-2008. She was projected to start her Master’s Degree in Business a few months after she passed. My Dad was always in and out of my life and once the tragedy of my Mom’s death occurred, he couldn’t deal with it and abandoned my sister and I. Almost 6 years to the date, my only living parent left us orphaned under the care of my Grandmother. Since then, I have been living with my retired widowed Grandmother who has limited funds. My Dad decided to try to get custody of my sister after the abandonment and has drained my grandmother financially from legal fees.

Currently, I work a part time job after school to help with any extra needed money, such as gas, food, school dances, etc. With that said, following through with my Mom’s plan for me to go to college, receive a Bachelor’s and Master’s degree is my ultimate goal. I’m extremely determined to make not only mine, but her dreams come true. If my Mom had ANY inkling of how much life insurance would’ve been beneficial for my sister and I, I know she would’ve covered herself. Being a child of a parent who has passed away, I know how deeply it financially and emotionally burdens you. I strongly urge every parent out there to get life insurance to ensure that their child has some light after the dark tunnel. Life is an intangible thing that we take for granted. In closing, I would like to quote Steve Jobs who said, “Death is the destination we all share, no one has ever escaped it. And that is as it should be because death is very likely the single best invention of life.” Thank you for giving me this opportunity to share my story with you.