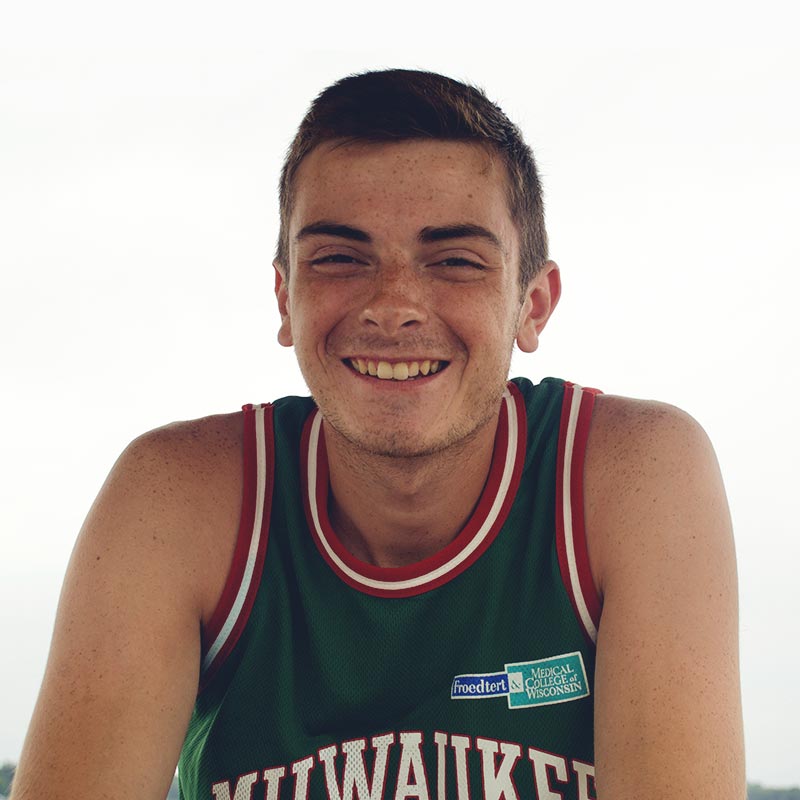 AMOUNT: $5,000
SCHOOL: Carthage College
When my father passed away in 2014 due to complications from a stroke and several mini-heart attacks, my family’s already difficult financial situation become insurmountable. We previously were worried about money, but we then became obsessed with it. My mother was forced to quit her job by her prior employers a few years before his death, because she chose to take care of her ailing parents (who have since lived with us). After his death, however, she had to work regardless. My mom’s choice to start working full-time as a teacher meant that one of us had to forego college in order to take care of my ailing grandfather; my brother Zach, now 22, was the one. I now go to college and work as much as I do so that I can do right by Zach, who unfortunately does not have that option. Carthage College, a private school in Kenosha, was the only non-state school to offer me a sufficient enough amount of financial aid so that I may pursue a livable future for myself and my family.

My father passed away suddenly, in the matter of a week, and had no life insurance coverage because we could never afford to pay it. We were already behind on the mortgage, and now we had no options left. The banks resorted to kicking us out of our home just a couple of years later, and we came dangerously close to homelessness. My mother’s uncle was the sole reason that we had anywhere to live, as he secured a trailer in a trailer park for us. If my dad had life insurance, we would have been able to pay for his funeral, get back on track with our mortgage, and put some money away in order to pay bills on time when they were due. The lack of insurance basically guaranteed that we would be kicked out of the home we grew up in. Now, six of us live in the same, small trailer; me, my two brothers, my mom, my grandpa, and my younger cousin are all cramped in the small area.

We live check-to-check, and usually do not have enough money to pay for every bill. So, I work on campus as well as in a smaller role for the Milwaukee Bucks in order to make as much money as I can. I also do freelance photography, and pet sit when I am given the chance. I do all of this in addition to being a full-time college student. I know that, since I am the youngest in my family, I have the best chance to give my family hope that we can live somewhat comfortably. Our lives revolve around money. Every action we do is done with the thought of “well, can we really afford to do this”. Receiving this scholarship would take one additional worry off of our plate, and give me the peace of mind to more intently focus on my studies.